Hybrid sterility is defined as a situation when two species, each of which is fertile, produce a hybrid progeny, which is sterile. Hybrid sterility thus disrupts free exchange of genes between populations, an essential prerequisite for origin of new species. We identified the first and up to now the sole “speciation” gene in mammals, which controls hybrid sterility between two mouse subspecies. This gene, PR domain-containing 9 (Prdm9), determines the sites of genetic recombination in the genome of mice and most other mammals. In sterile hybrids, PRDM9 allelic incompatibility causes disorders in DNA repair and in meiotic chromosome pairing, resulting in male infertility. Another, still undiscovered major hybrid sterility gene in mice is located within the Hstx2 locus on Chromosome X and modulates the effect of Prdm9.

We are currently trying to identify the X-linked hybrid sterility gene and to understand the molecular mechanism of its interaction with Prdm9 and other minor hybrid sterility genes. We use the combination of high-resolution whole-genome genetic mapping and RNA-seq for molecular profiling of isolated populations of spermatogenic cells. By combining immunofluorescence microscopy techniques and fluorescence in-situ hybridization, we study meiotic chromosome pairing and synapsis and male-specific X-chromosome transcriptional inactivation, which are the processes affected in sterile male hybrids. Finally, we re-visit and re-define the chromosomal hybrid sterility by using the panel of inter-subspecific chromosome substitution strainsin the Prdm9-controlled model of “synthetic hybrid sterility.” 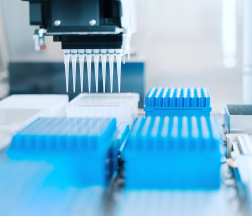 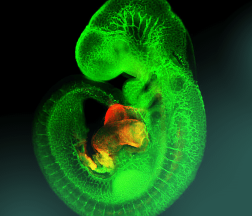 Laboratory of Transgenic Models of Diseases