Microtubules are intracellular dynamic polymers made up of polymorphic αβ-tubulin heterodimers and a large number of microtubule-associated proteins. Microtubules are required for vital processes in eukaryotic cells, including cell division, maintenance of cell shape, intracellular transport, and signal transduction. The organization of microtubules in cells is controlled by microtubule organizing centres (MTOCs) as centrosomes. The key components of MTOCs are γ-tubulin complexes essential for microtubule nucleation. The regulatory mechanisms of γ-tubulin complex activation are just about to begin to be understood.

The long-term research programme of the laboratory includes study of the structure-function relationships of microtubule proteins and their interactions with other cytoskeletal elements in cells under normal and pathological conditions. In recent years, the research efforts have concentrated on elucidation of the molecular mechanisms governing microtubule nucleation and dynamics and the role of γ-tubulin in these processes. It has been shown that γ-tubulin is post-translationally modified and forms complexes with protein tyrosine kinases and phosphatases. An important role in the regulation of microtubule nucleation is played by the GIT/βPIX signalling complex. We have documented in experiments that the properties of γ-tubulin change during differentiation events and that γ-tubulin-2 could have a pro-survival function in neurons. The presence of γ-tubulin was demonstrated in membrane-associated complexes and in the nuclei, where it modulates DNA damage G2/M checkpoint activation through tumour suppressor protein C53. We have also shown that microtubule dynamics in vitro and in cells could be modulated by nanosecond-pulsed electric fields.

Our current work focuses on deciphering the regulatory mechanisms of microtubule nucleation in activated mast cells and the role of signal transduction molecules in this event. We also study microtubule organization under endoplasmic reticulum stress and the function of neuronal γ-tubulin-2 isotype. Finally, we define the new roles of actin-associated profilin in the regulation of microtubule organization. To address these questions, we use techniques of molecular biology, biochemistry, and immunology, as well as a variety of microscopic techniques, including live-cell imaging and quantification of microtubule nucleation and dynamics. 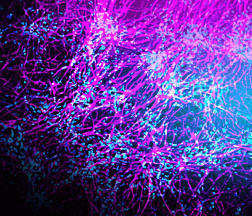 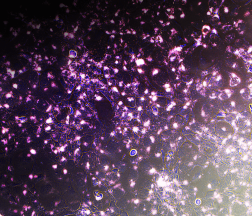 Laboratory of Immunological and Tumour Models