The current human fertility research faces new challenges, such as increased age of parents and decreasing sperm quality. Mammalian fertility depends on meiotic recombination (the repair of self-inflicted DNA breaks to crossovers). Genetic inactivation of PRDM9, a DNA-binding meiotic histone-3-methyltransferase that determines the sites of recombination hotspots (RHS), causes complete meiotic arrest in both sexes of the C57BL/6J (B6) mouse; the reason for the arrest and subsequent sterility was thought to be RHS relocation to promoters and collision of the transcription and DNA repair machineries. However, dogs or birds do not require PRDM9 for fertility and carry RHS in promoters. To resolve this discrepancy, we prepared additional Prdm9-deficient rodents. In contrast to B6 mice, some mouse and rat males lacking PRDM9 were able to produce sperm and some even offspring, despite RHS in promoters. We predicted that these males with rescued fertility could have more efficient DNA repair of relocated RHS. Indeed, we found a positive correlation between the number of crossovers per cell and sperm presence in Prdm9-deficient rodent males. In line with this result, we also found that Prdm9 is important for sperm motility and structure of semifertile mouse hybrids. We assume that drugs inducing a mild increase in DNA breaks targeted into the testes of some human infertility patients could increase the number of crossovers and lead to functional sperm. Mutations in the human gene encoding PRDM9 have been implicated in Premature Ovarian Insufficiency (POI), a common subfertility disorder. Our rat females lacking PRDM9 display shortened reproductive age, and thus represent an excellent model of POI. 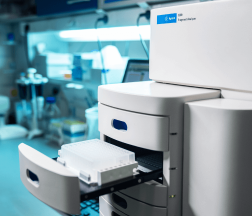 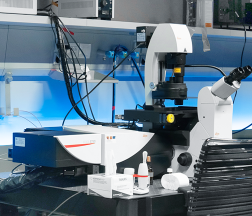