ADP-ribosylation is a ubiquitous transient post-translational modification of proteins that is involved in a number of major cellular and biological processes, including DNA damage repair, cell proliferation and differentiation, metabolism, stress and immune responses. The main research of our group is focused on ADP-ribosyl transferases; a class of DNA repair enzymes that detect DNA single-strand breaks (SSBs) and signal their presence by catalysing the rapid synthesis of mono(ADP-ribose) and poly(ADP-ribose) and hydrolases; enzymes that catalyse the removal of specific ADP-ribosyl modifications from proteins. SSBs are amongst the most frequent DNA lesions arising in cells that might interfere with RNA processing and transcription and if not repaired correctly can threaten both genetic stability and cell survival. Notably, defects in DNA SSB repair, ADP-ribose metabolism, RNA processing and transcription regulation are associated with hereditary neurodevelopmental and neurodegenerative diseases in human, underscoring the particular importance of these processes in long-lived post-mitotic neurons. We investigate the molecular mechanisms by which DNA SSBs are detected and repaired and we are especially interested in identifying and characterising the protein factors and pathways that couple aberrant ADP-ribose metabolism to neurodegenerative disease. We aim to examine whether the deregulated ADP-ribose metabolism at sites of SSBs extends beyond rare DNA repair-defective diseases to dementia, a neurodegenerative disease that presents the greatest threat to normal human ageing and human health. The risk of being affected by a neurodegenerative disease increases dramatically with age. Although treatments may help relieve some of the physical or mental symptoms associated with neurodegenerative diseases, there are currently no known cures. Therefore, there is a critical need to improve our understanding of what causes neurodegeneration and to develop new approaches for treatment and prevention. The cause of neurodegenerative disorders is often genetic; however, the involved genes and the underlying mechanisms are increasingly diverse, indicating the complexity of brain development and growth. Ultimately, we envisage that our work will lead to new therapeutic avenues for clinical treatment of human neurodegenerative disease. 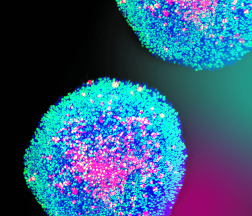